Our Price.UA client contacted us with the task of creating an advertising video for the promotion on Black Friday. The video should be made in the form of 3D animation, not very long, to emphasize the style of black Friday. In addition, you need to identify the names of the most popular commodity items and the order of discounts on them.

Concept and idea of ​​roller for stock

We decided to offer the client a concept in black, night mood, in order to emphasize black Friday. Where there is night, there is neon. Neon looks most attractive in the reflection of water, in our case, water on asphalt. So we get a pretty daring idea with wet night asphalt and neon lighting. 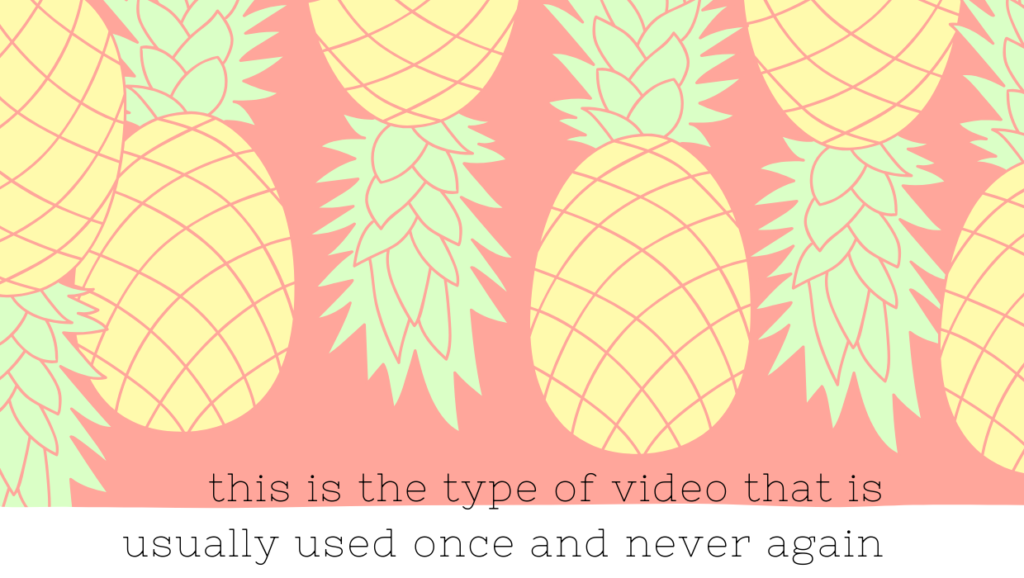 Solving an Idea for a Commercial

Having decided on the idea, we began to implement all our developments in one video clip. It was obvious that for the brightness of the picture and color contrast it was better to dilute the composition with several types of neon glows. The scenario plan for the commercial looked like this:

As we worked on the project, we also realized that we needed to add bokeh, reflections in the water and glowing elements. All this gives more atmosphere, volume and a festive intriguing mood. 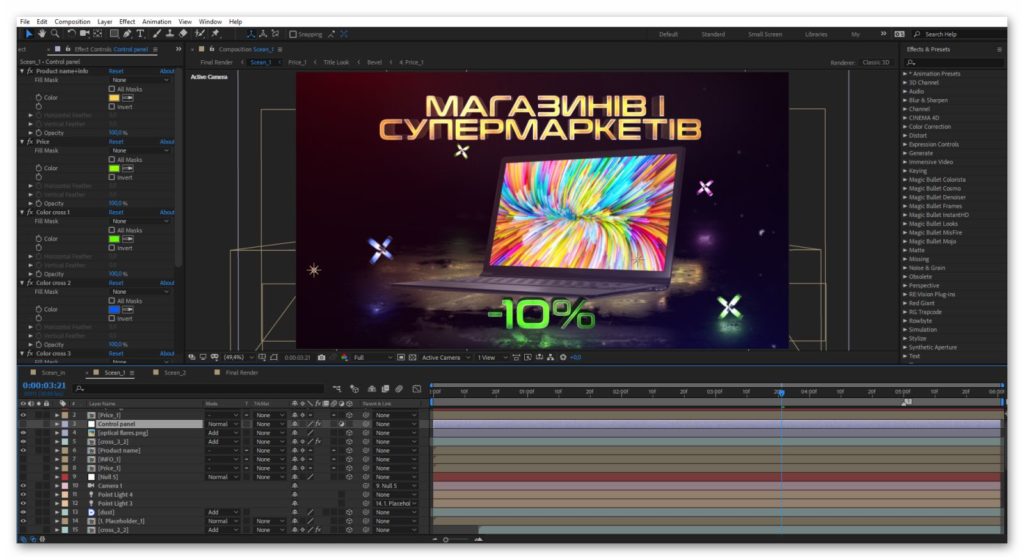 The promotional video for the action should be with a good set voice of the announcer and cool music, otherwise the viewer may not pay attention to such content. We picked up a strong male voice with energy and pitch. The original of the commercial was voiced in Ukrainian. For the background sound design, we selected a peppy musical composition that fit well into the visual range. In addition, at the key moments of the appearance of important phrases, a sound design with an epic sound was added to enhance emotions in the video clip. After the approval of all the audio tracks, mixing and mastering were performed.

A promotional video for a promotion is the type of video that is usually used once and never again. But we created the concept in such a way that the customer could, having remade this video, use it for other cases. Thus, we created a project with the ability to change such parameters in it: Text inserts. Voice of the speaker and music. Discounted numbers. 3d objects. Lighting.

Our edpit agency team has extensive experience in creating animated videos and promotions. Upon receipt of the task from the client, we easily determined the main essence of the project and proposed the most suitable option for time and budget. The promotional video for the action turned out to be bright and noticeable, which allowed to attract a lot of audience to the client’s site.