PPM (in english PPM – pre-production meeting) – this is the final meeting before shooting. At such a meeting, the customer and production discuss the details of the future commercial video. In this text we will open the question as much as possible: what is PPM and why is it needed for the client and contractor? 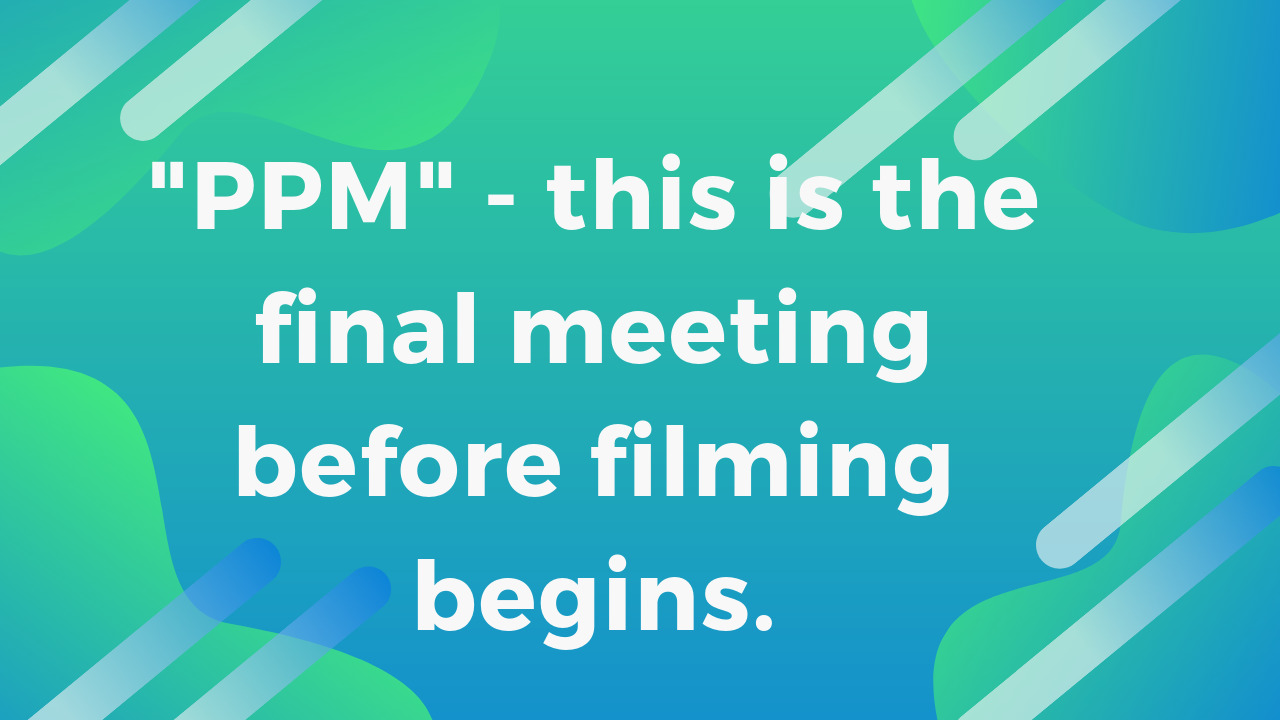 What is a PPM for?

When is PPM not performed?

Often, when preparing a commercial for filming, a phased approval of all the details takes place. Therefore, “pi pi em” – at the end of the preparatory period is not required. Judge for yourself – the locations look the same in the PPM booklet, in your inbox, in both cases this is a static picture.

The client either approves it or not. It’s another matter that, for example, the same location needs to be mastered live, but this in any case happens through the efforts of the director and the camera crew, regardless of PPM. Also, for example, setting deadlines in a PPM booklet is less convincing than a legal contract. As for graphics – often sketches and tests are repeatedly edited and edited. Therefore, in the process of correspondence, such work is coordinated and approved in the working order.

A live meeting to approve the same schedule, but live is nothing more than an occasion to meet, drink coffee and confirm the previously approved option. As you can see, there are projects where the lion’s share of aspects are approved in stages in correspondence. But on large-scale and very serious projects, it’s better not to ignore this opportunity. It is better to conduct a PPM with benefit and identify all the problem areas. After all, this will provide an opportunity to get insurance against unforeseen situations.

Some young productions don’t even know what PPM is, but that doesn’t stop them from creating cool work. If all aspects are resolved in the course of preparation and the team acts as responsibly as possible, then there may not be a need for PPM. However, in large projects where dozens of highly paid professionals are involved. It’s better not to sweep away the opportunity to hold such a meeting, it can save time and be safe from downtime.