Puppet animation, or as it can be called: stop motion, this is another way of creative presentation of history. Here we will analyze the case for the company STERX. Unlike 2d, creating such frame-by-frame animation is several times longer, more difficult, but the audience’s attention is stronger as a result. Before proceeding to the description of the project, here are a few reasons why we came to use this type of animation:

Exclusivity. Today, 95% of the animation is created on computers and the audience is much more interested in “something” created by hands.

Originality. None of the competitors use this technique.

Novelty. Although puppet animation itself is not something new, it definitely stands out in the context of the modern Internet.

This time the idea was brought to us by the client himself, so our task was to structure it and translate it into a script. The initial idea of ​​the client looked something like this: This is a story about how 2 socks were lost in one apartment. The first sock (girl) misses on the sun loungers, the second sock (guy) is sad under the sofa. The reason for their separation is the lack of a closet in the house, with a shelf for socks. Draft, which appeared in the apartment due to the arrival of cabinet assemblers, helps meet two socks, and they find each other and their new housing. We offered the client a script and a storyboard (storyboard) and, after approval, began preparing for the shooting of stop-motion advertising.

It was decided to conduct all surveys in the Sterkh company pavilion, so the location issue was resolved. After shopping, we chose the best option for socks for future dolls. In addition, a new type of support fixtures, which was made on the basis of the soldering kit, was adapted for animation .With the help of the directors, beach loungers were created. The rest of the props, it was decided to buy.

The shooting period was divided into 3 shooting days:

Puppet animation, stop motion – require increased attention to detail and prediction of time to create. Therefore, before shooting, we conducted tests, tried how doll skeletons will behave in the shooting process. We spent the first shooting day in the location for close-ups. The second shooting day was spent after the cabinet was made. On this day, general plans and close-ups were filmed with a closet. 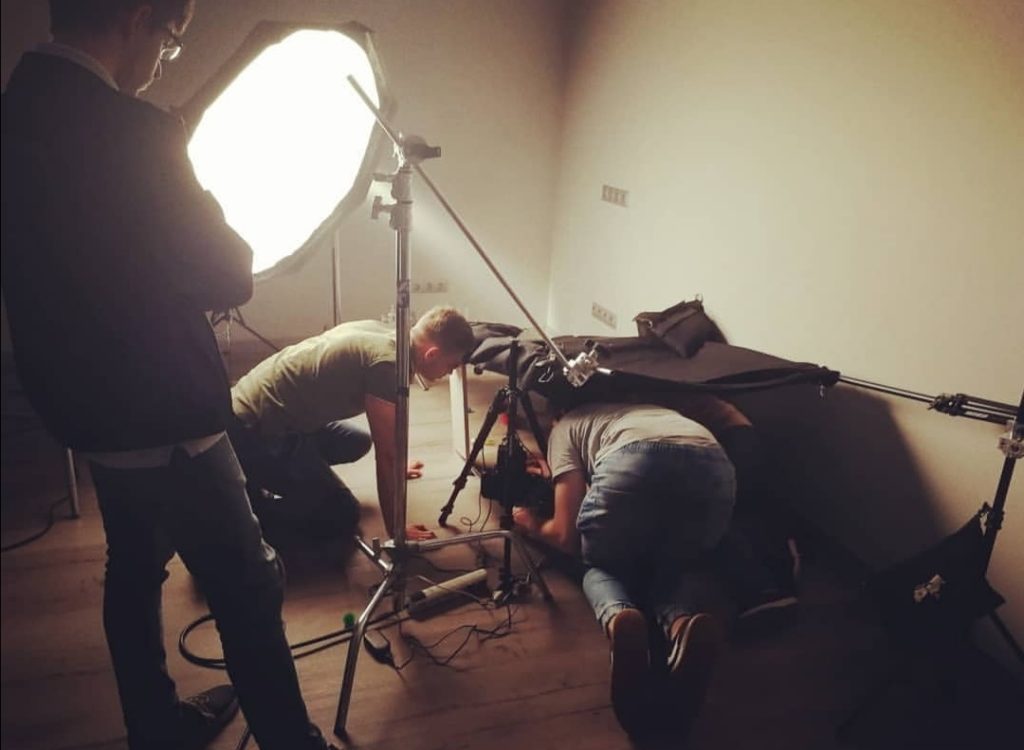 Thanks to special programs, we were able to watch preliminary video on a laptop. This helped us to monitor the process and eliminate errors at the stage of creating stop motion animations.

Therefore, the post-production stage was reduced only to finishing work with the material:

Mounting; Stripping frames on which mounts and brackets are visible. The fact is that during the animation, supporting devices are used that help in the process of working to form the trajectory of the characters. Therefore, rough editing contained 80% of the frames with devices that need to be removed using computer programs; Color correction; Selection of musical accompaniment; Creating inter-noises and sound design; Creating an animated graphic 3D peckshot.

Thus, we got a finished final movie of puppet animation, (stop motion), spending 3 shooting days at the same time. In addition, post-production took about two weeks of work. Careful preparation and conduct of tests helped to avoid fatal errors and lengthen the shooting period.